"Poka-dots are fabulous" - 草間 彌生 [Yayoi Kusama]. From December 26 Thursday, about 150 pieces by world renowned artist Yayoi Kusama will be on display for sale at 小田急百貨店 [Odakyu department store] Shinjuku Japan. The size of the event will be five times bigger compared to any events Odakyu department have ever hosted. Nothing less would be appropriate for Yayoi. Yayoi is a numerous international awards winning artist and have influenced many contemporary artists such like Andy Warhol, Cleas Oldenburg and George Segal.

Yayoi Kusama is a precursor of pop art and minimalism. Well known enough, her love for poka-dots is undoubtly an obsession for life. "a polka-dot has the form of the sun, which is a symbol of the energy of the whole world and our living life, and also the form of the moon, which is calm. Round, soft, colorful, senseless and unknowing. Polka-dots become movement... Polka dots are a way to infinity." - Yayoi Kusama. For Yayoi, poka-dots is both her lifelong inspiration and passion. "One day I was looking at the red flower patterns of the tablecloth on a table, and when I looked up I saw the same pattern covering the ceiling, the windows and the walls, and finally all over the room, my body and the universe. I felt as if I had begun to self-obliterate, to revolve in the infinity of endless time and the absoluteness of space, and be reduced to nothingness. As I realized it was actually happening and not just in my imagination, I was frightened. I knew I had to run away lest I should be deprived of my life by the spell of the red flowers. I ran desperately up the stairs. The steps below me began to fall apart and I fell down the stairs straining my ankle." - Yayoi Kusama. Clealy enough poka-dots vision is not a mere imagination of Yayoi, she sees and lives within the infinity universe of poka-dots.

Gar&Mann:L love Yayoi Kusama and her universe of poka-dots. It is a 30 day event at 小田急百貨店 [Odakyu department store]. If you happened to be in Japan at this time, don't miss your door to walk into the poka-dot universe of 草間 彌生 [Yayoi Kusama]. 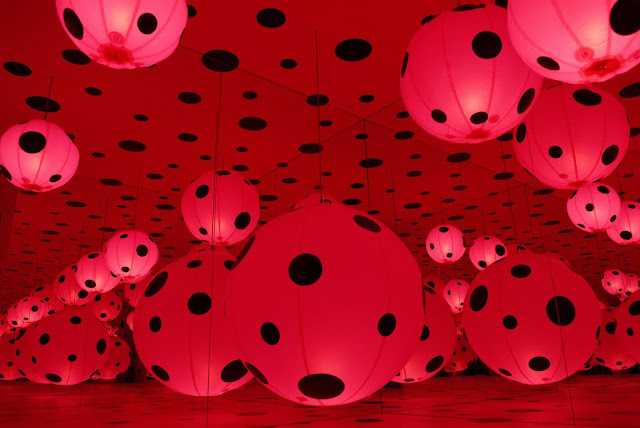 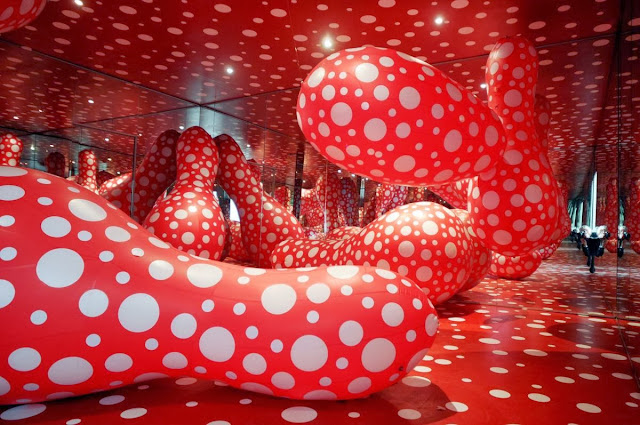 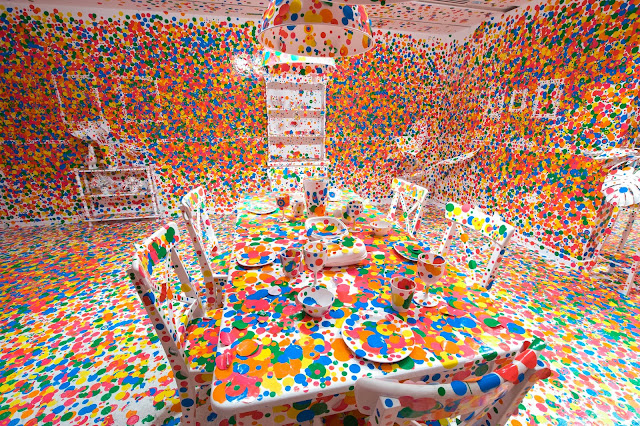 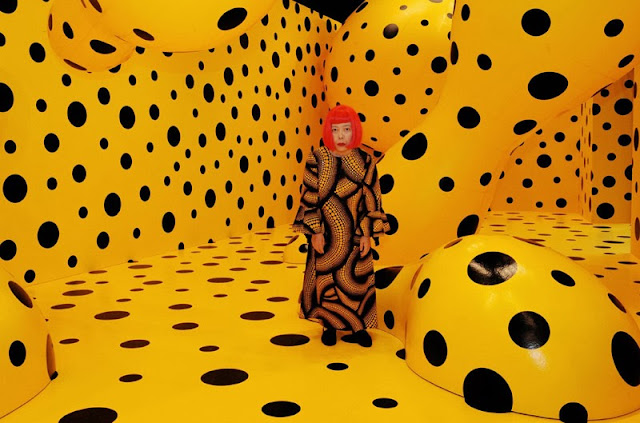 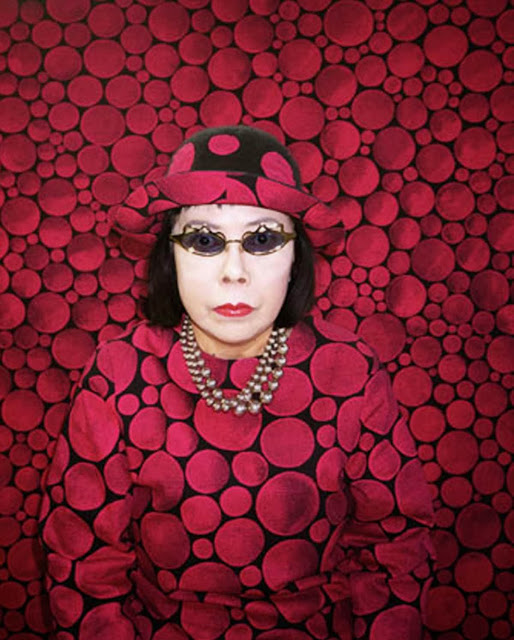 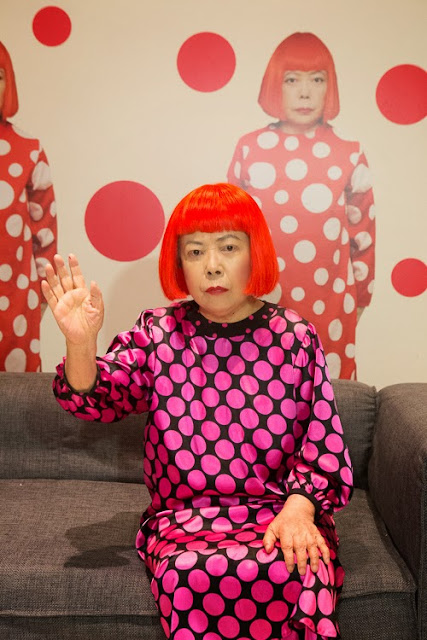