Never thought 『ジョジョの奇妙な冒険』"JoJo's Bizarre Adventure" would make my A-list of manga, as story goes on. I can't help myself but falling in love with JoJo's aesthetic of masculinity. Emphasized characteristics of being a gentleman is one hard to find now-a-days. For those who want to become a real gentleman, this is a must read. If you are a fan or soon-to-be fan, 荒木飛呂彦 Hirohiko Araki and creative director of Gucci, Frida Gianini has created the latest collaboration of a collection of window visual display for the celebration of Gucci's 90th anniversary. Aside for well known fashionable characteristics, Giannini's spring-summer 2013 cruise collection was Araki's main inspiration. The collaboration would be deployed in all Gucci flagship stores around the world from early January through February 2013. 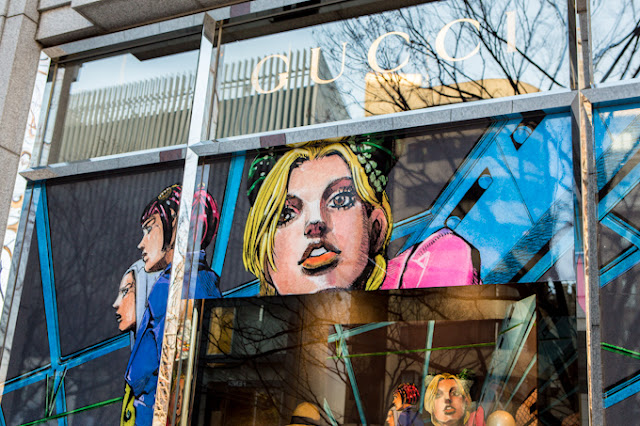 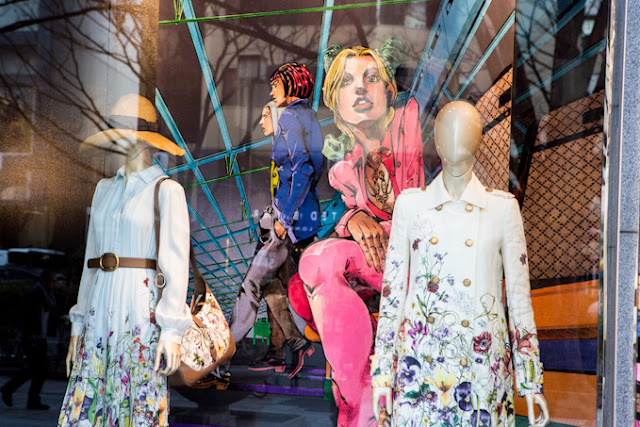 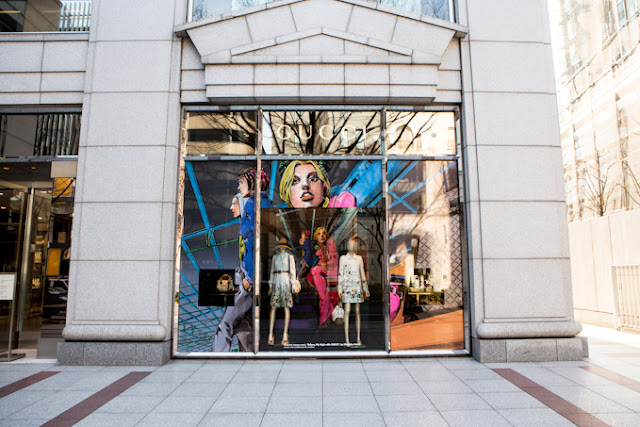 According to the launch of window design, it is expected to be deployed in a Gucci exclusive comics published on the official Facebook page of Gucci Japan and fashion magazine SPUR, videos publishing online, a multi-media campaign. The multi-media campaign consist of Araki manga and video creations entitled 「徐倫、GUCCIで飛ぶ」"Fly Jorin, in GUCCI". The work speaks of a girl 空条徐倫 "Kuujou Jorin" who inherited a collection of Gucci as a keepsake from her mother. Tempted and invited by the mystery of her mother's vintage heritage, Jorin's journey beyond time and space has begun. 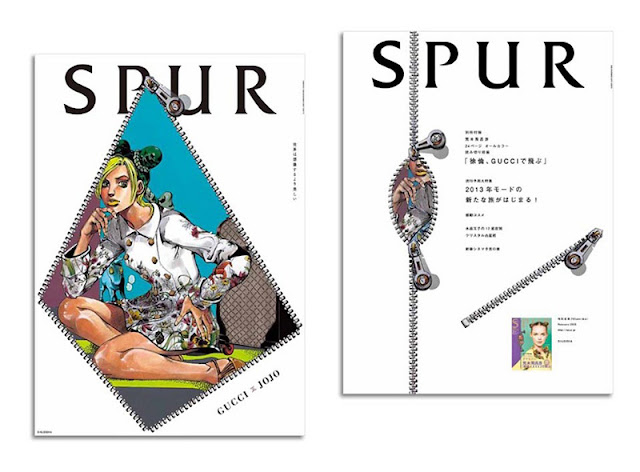 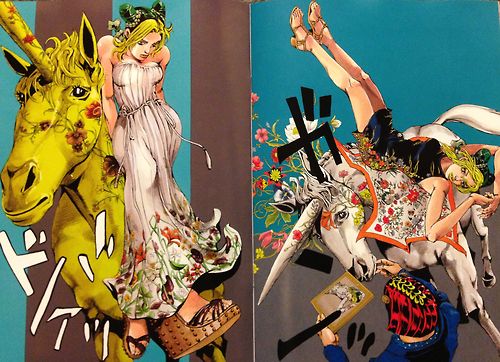 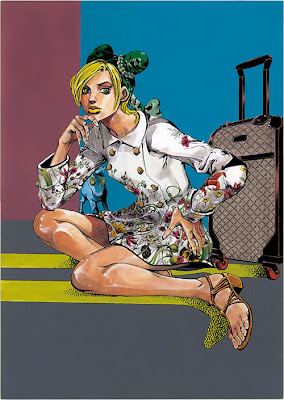 "Through out the creative process of the collaboration, we were continuously mutually inspired by each others work." as Hirohiko Araki and Frida Giannini reclaimed. 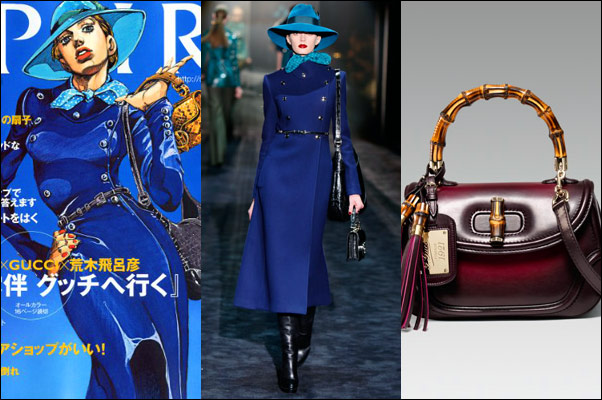 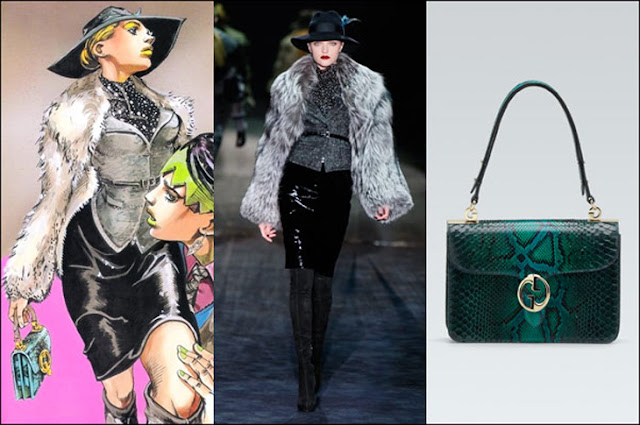