Warming Hut is a international design competition about testing the ability of architecture and art to establish meaning for users of the skating trail as they enjoy leisure time on the Red and Assiniboine Rivers, Canada. Within the context of a cold climate, the huts should embody the potential of creativity in responding to the pragmatics of shelter in this context. The designs must allow for the hut to be delivered to the site on pre-fabricated skids. Each design is then judged under two category, "shelter" or "installation". This year's winner are as follows; 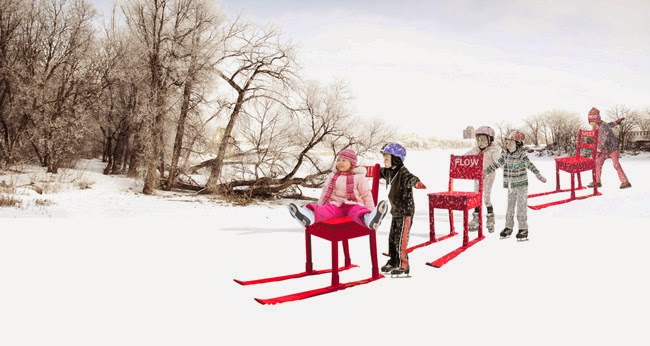 Recycling Words is an interactive art installation that assembles everyday objects and words to create a playful river narrative. Drawing reference to the physical and vocal exchanges that historically flocked the Red and Assiniboine rivers on canoe,Recycling Words offers a new cultural and social means of gathering along the Red River Mutual Rivertrail.

The chair-ski combo invites the user to push, pull, sit or glide in tandem or solo, while also setting into motion other chair activities such as musical chairs, or learning how to skate. The fifty words assigned to each chair are mindfully selected in collaboration with a local art historian to enable users to physically construct improvised phrases or reconstruct narratives or memories of Winnipeg based on the infamous fridge magnet game. 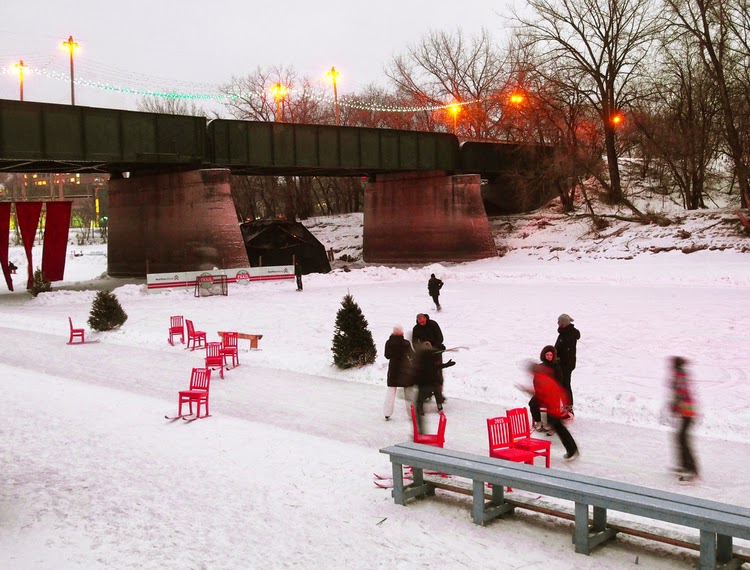 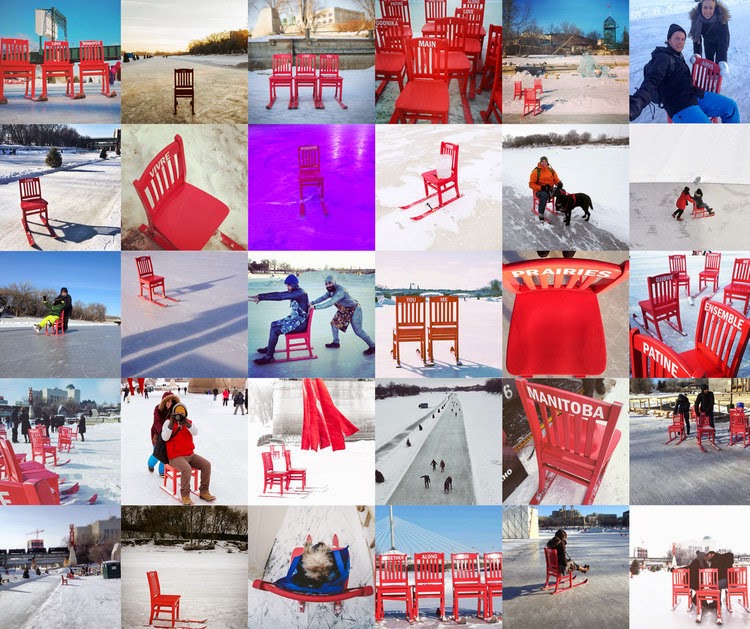 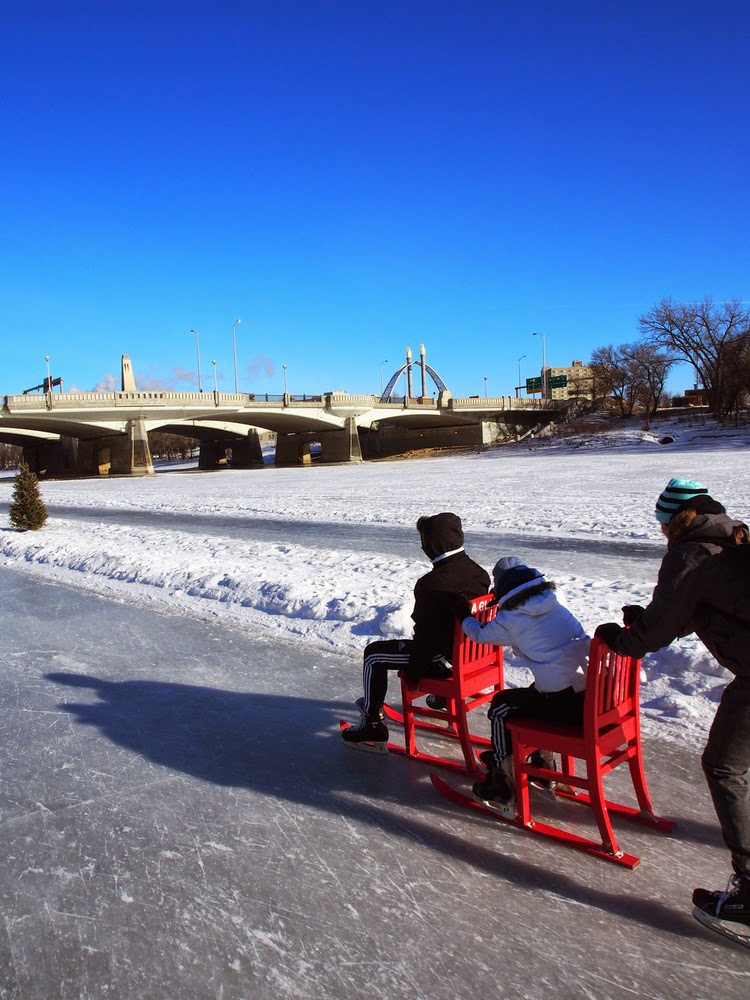 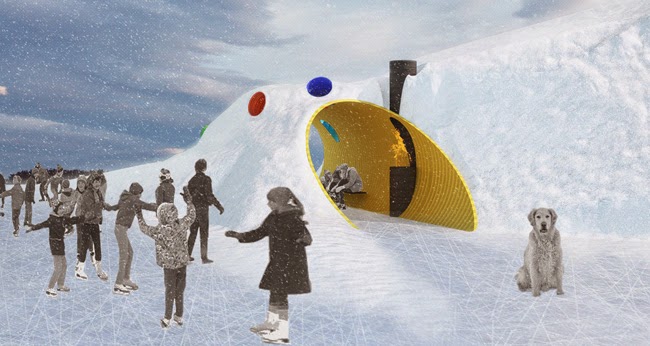 The portable hole – first developed by Prof. Calvin Q. Calculus in the 1955 Looney Tunes animation, “The Hole Thing” and later sold by the Acme Company – has a troubled history. Almost right from inception, the ominous, mobile void was put to use for evil purposes – first as an effective enabler for a vicious crime spree and later as a means to capture the American desert fowl Geococcyx californianus or as it is commonly known as, “the Roadrunner”. It is important to note that the later use always ended up with the direct opposite result than that of the intended; which is likely why the portable hole is no longer commercially available.This proposal takes as a starting point the portable hole, and by utilizing modern paint technologies, adds color. The resultant 1’-6” diameter holes – which can be located anywhere along the snowy banks of the Assiniboine or Red River – are resistant to being co-opted by evil forces (including the greyness of soul-sucking foul weather) due to the sheer cheeriness of the palette of introduced color. Further, a large, bright and yellow 10’ diameter hole is horizontally located in a 30’ long snow drift and provides skaters a warm and sheltering burrow in the snowy river bank. 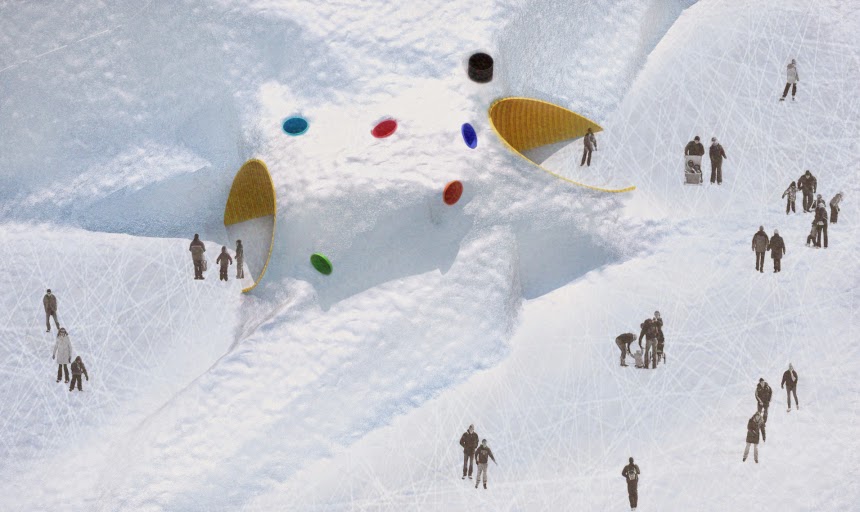 By Invitation: The Hybrid Hut by: Rojkind Arquitectos, from México D.F. MÉXICO

Mexico-based practice Rojkind Arquitectos were invited to constructe an installation in addition to the competition’s other chosen entries. The complex timber structure The Hybrid Hut invites skaters and other visitors to enter the pavilion’s relative warmth by chilling inside. 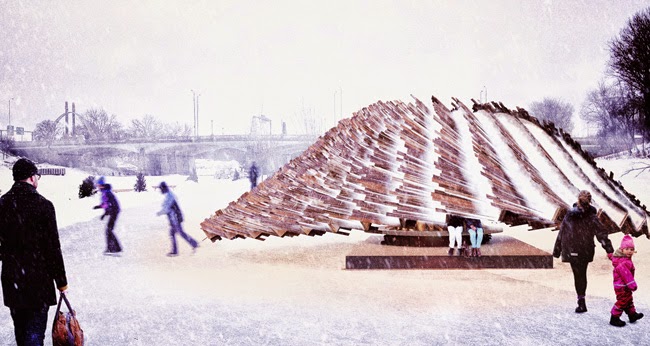 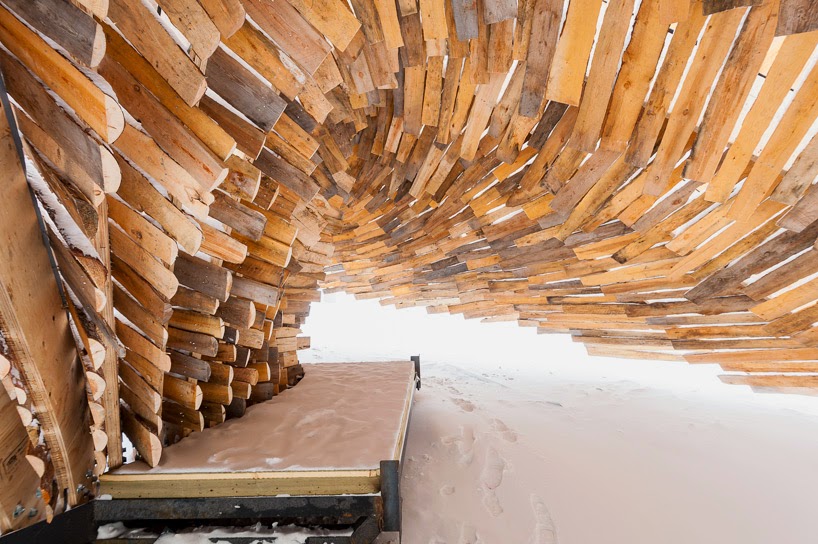 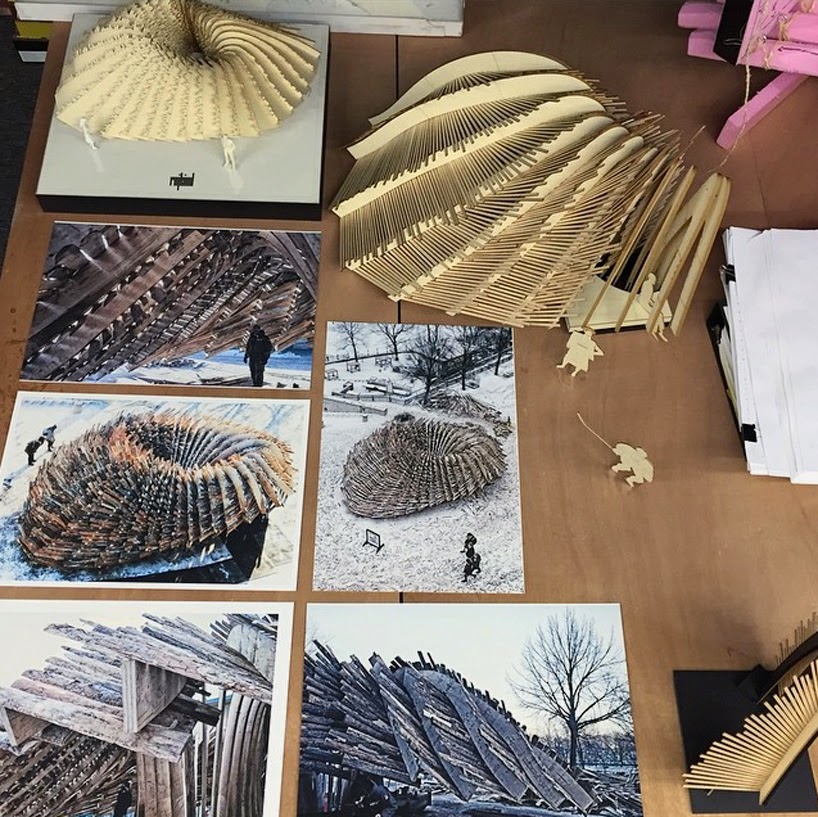