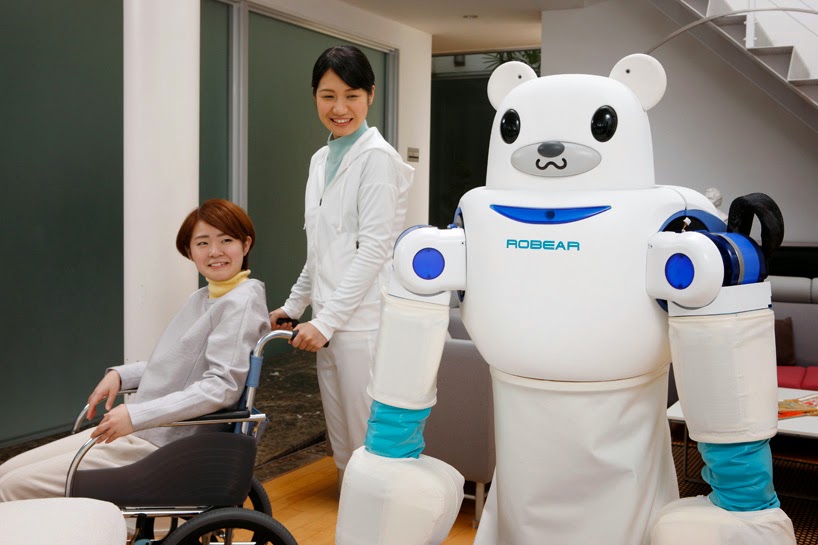 Scientists from RIKEN and Sumitomo Riko Company Limited have developed a new experimental nursing care robot, ROBEAR, which is capable of performing tasks such as lifting a patient from a bed into a wheelchair or providing assistance to a patient who is able to stand up but requires help to do so. ROBEAR will provide impetus for research on the creation of robots that can supplement Japan’s need for new approaches to care-giving.
The new robot developed by the RIKEN-SRK Collaboration Center for Human-Interactive Robot Research in Nagoya is a successor to RIBA, which was announced in 2009, and RIBA-II, which was developed in 2011. The new ROBEAR robot is lighter than its predecessors, weighing just 140 kilograms compared to RIBA-II’s 230 kilograms, and it incorporates a number of features that enable it to exert force in a gentle way.
Specifically, it includes actuator units with a very low gear ratio, allowing the joints to move very quickly and precisely, and allowing backdrivability, meaning that the force encountered by the actuators as they perform their tasks can be quickly fed back into the system, allowing softer movement. It also incorporates three types of sensors, including torque sensors and Smart Rubber capacitance-type tactile sensors made entirely of rubber, which allow for gentle movements, ensuring that the robot can perform power-intensive tasks such as lifting patients without endangering them.
The robot also improves on its predecessors by having a small base, making the total system more lightweight. It avoids falling over through the use of legs that can be extended when necessary for lifting a patient but retracted to allow the robot to maneuver through tight spaces such as doorways.
With its rapidly increasing elderly population, Japan faces an urgent need for new approaches to assist care-giving personnel. One of the most strenuous tasks for such personnel, carried out an average of 40 times every day, is that of lifting a patient from a bed into a wheelchair, and this is a major cause of lower back pain. Robots are well-suited to this task, yet none have yet been deployed in care-giving facilities.
According to Toshiharu Mukai, leader of the Robot Sensor Systems Research Team, "We really hope that this robot will lead to advances in nursing care, relieving the burden on care-givers today. We intend to continue with research toward more practical robots capable of providing powerful yet gentle care to elderly people." 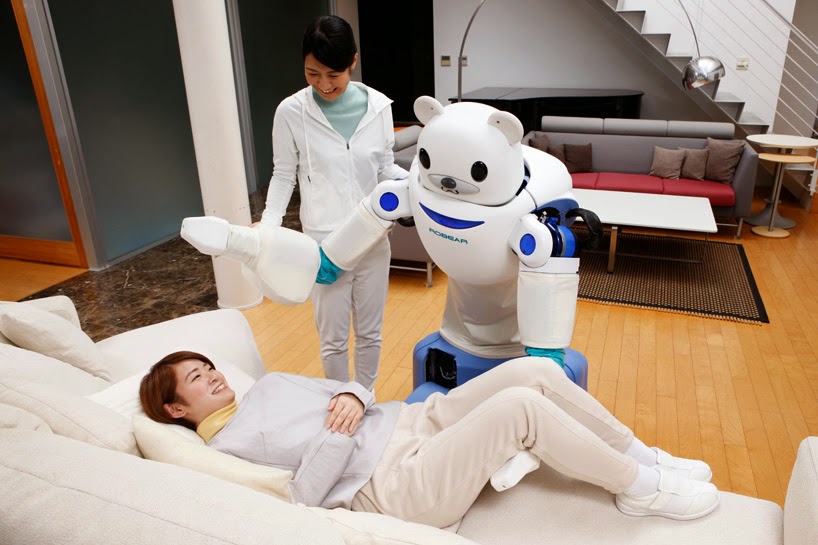 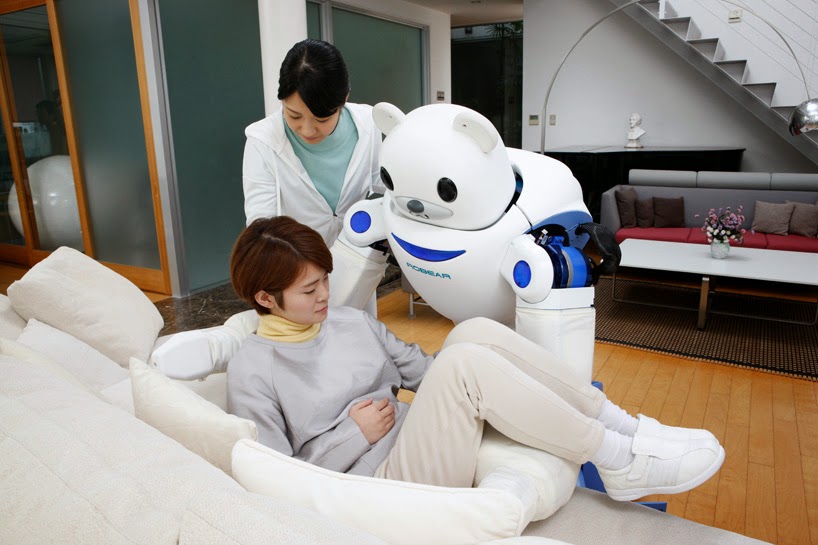 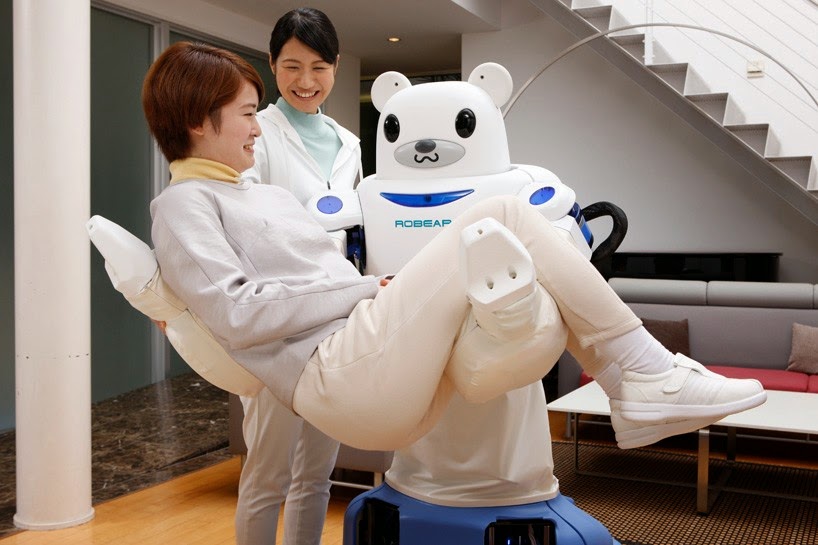 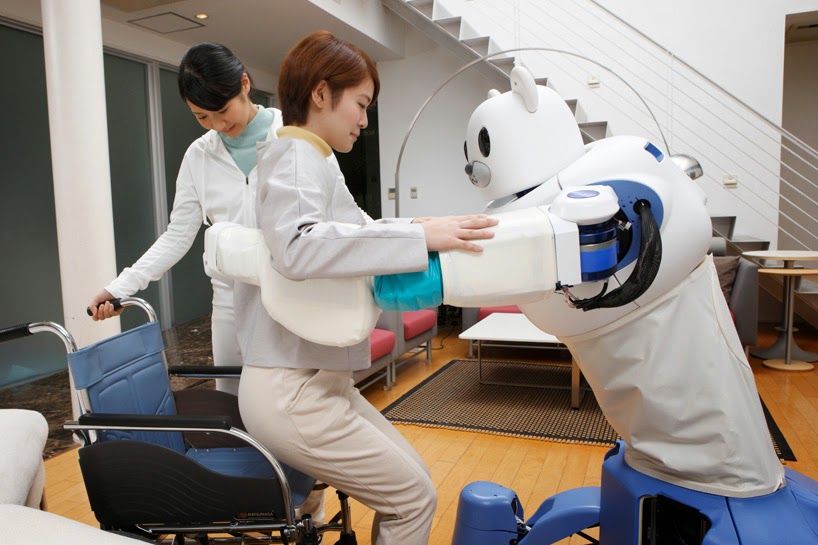 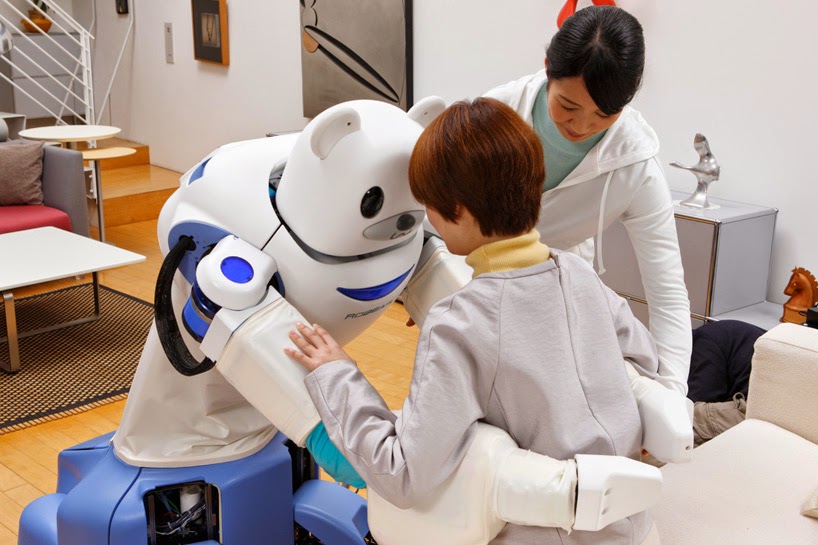 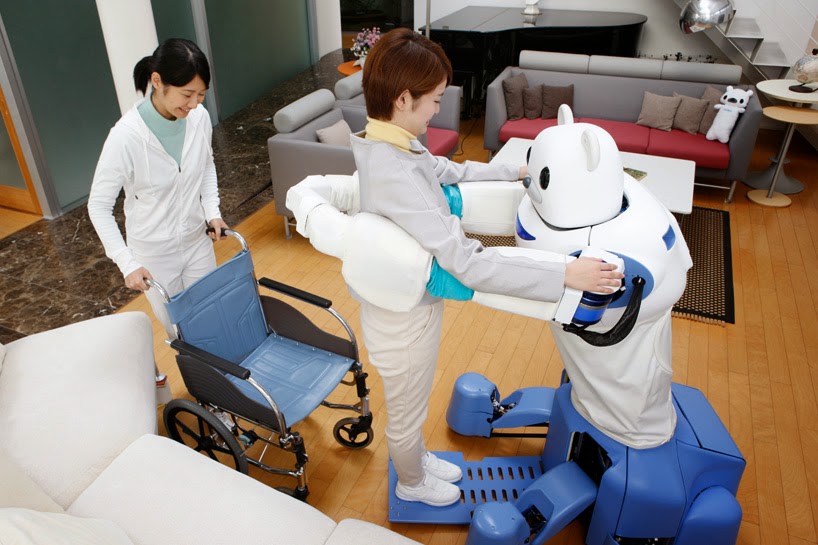 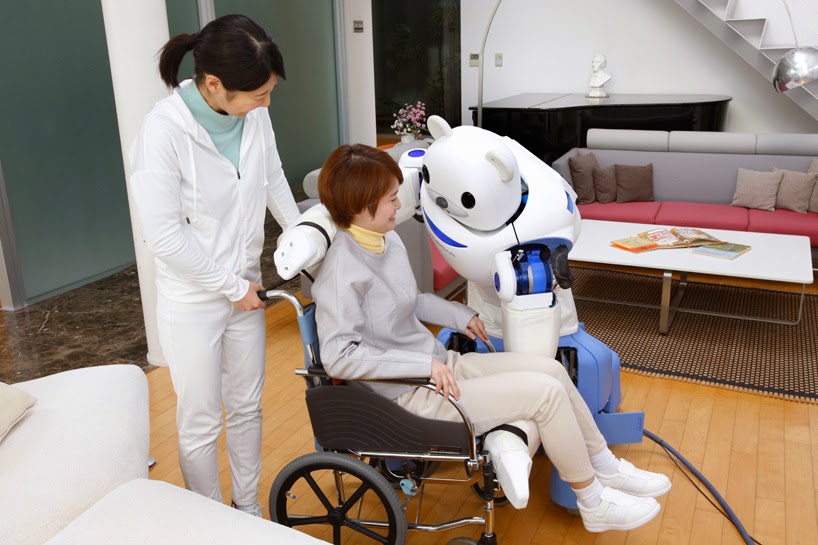