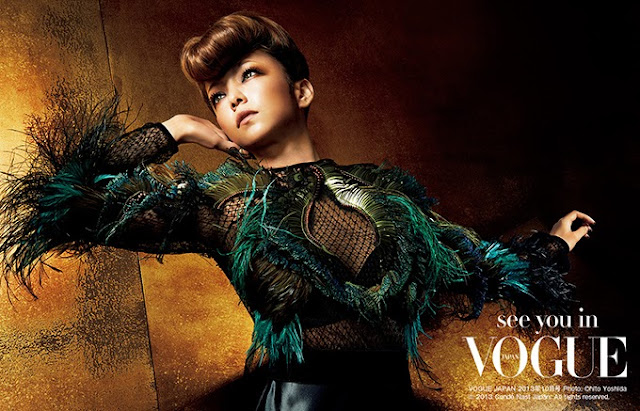 Namie Amuro is absolutely out of the world gorgeous with her big pompadour hair, copper metalic make up being perfectly styled with GUCCI leather, fur, houndstooth and checker prints. Especially in love with her houndstooth Chinese cheongsam style one piece. Queen of Pop in Japan all time, her music her style defintely sparked up this Gucci collection in a way that Gucci would not usually be portraited as. Its Vogue Japan & Namie Amuro's interpretation of GUCCI 2012-14 AW collection. The way the video being edited is undoubtly sophisticated, tons of focus on every single bits of details. Its geometric, Its metalic, Its edgy, Its Gucci, Its GUCCI, Its sexy, Its Amuro Namie. 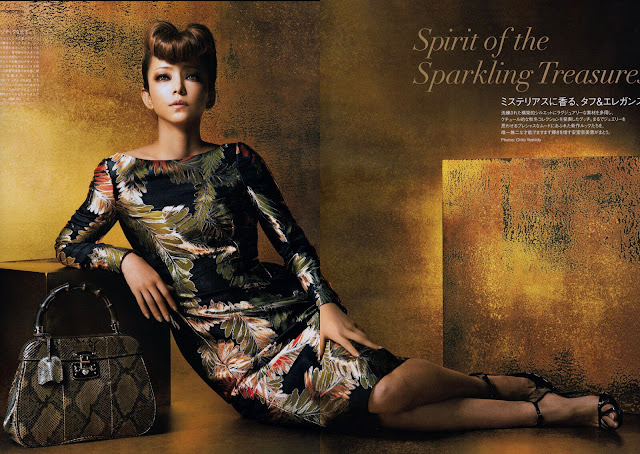 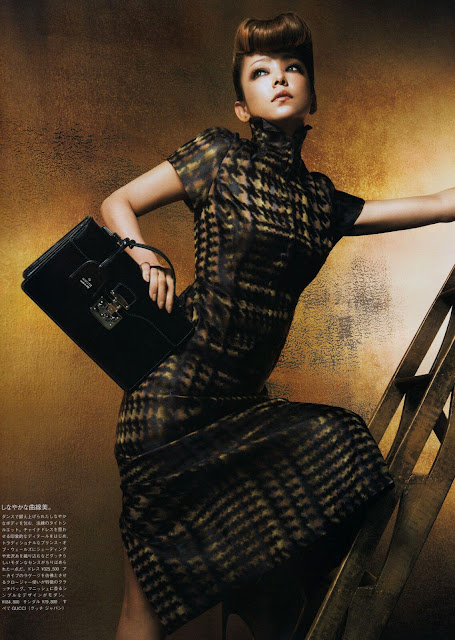 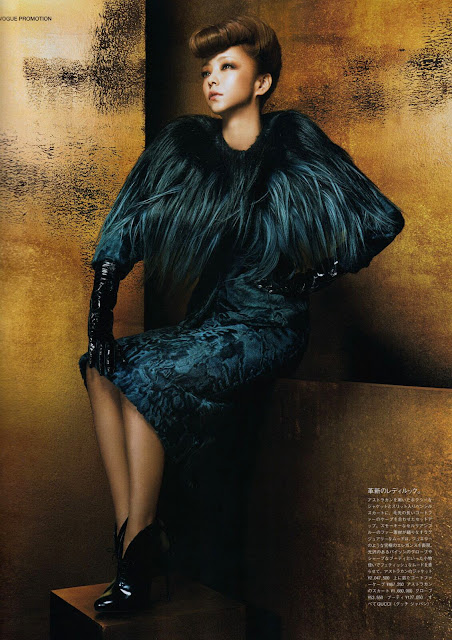 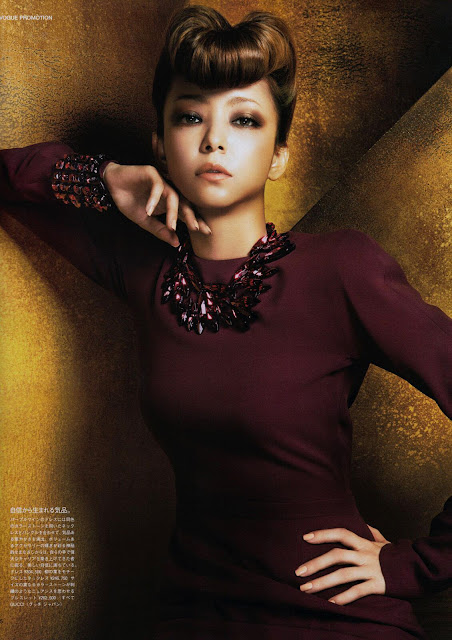 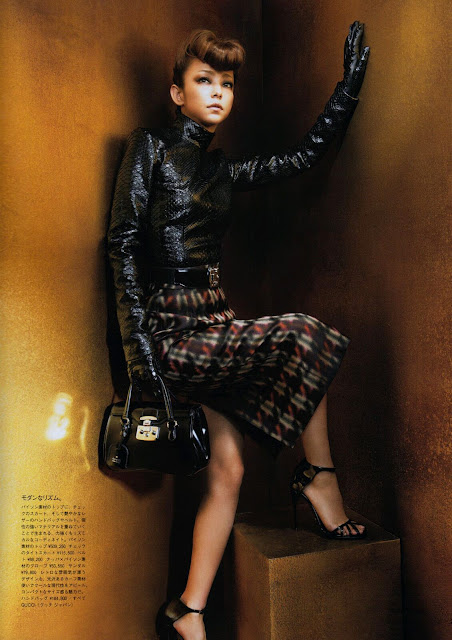