Prada presents The Postman Dreams, a humorous series of five shorts
starring the Prada Galleria bag by Autumn de Wilde – one of America’s
most imaginative filmmakers.

Cinema has become a playground of Prada for exploring comedy and obsession. This
new short form format, which allows the five films to be discovered as
a series and enjoyed in any order, is a new paradigm for Prada films.

Prada entered into a spectacular new reality where any sense of time and
place is blurred, and fantasy and reality have become unstuck. The
postman is a metaphor for personal communication in an e-mail world,
and The Blasting Company - a Los Angeles nouveau-gypsy band started by
brothers Justin and Josh Petrojvic - plays a strategic role and builds
a refined and unexpected atmosphere, evoking community and
displacement.Themusicaddstothesurrealsenseofmultipletimesand
genres, all playfully moulded in de Wilde’s skilfully crafted art.

“The Prada world that I built is a dream scape of childhood desires mixed
with adult fantasies. The best part of fashion is the childlike
obsession with beauty, it retains an innocence, and that’s what makes
me feel inspired to create.” Autumn de Wilde, director. The Battlefield
The Prada Galleria is the set of an imaginary battle, a figment
of a childhood fantasy that involved de Wilde slicing it clean
in two. The exceptional inner workings of the bag are revealed,
rarely seen except by the artisans who create them, as the bag
becomes a theatre set for childlike obsession. 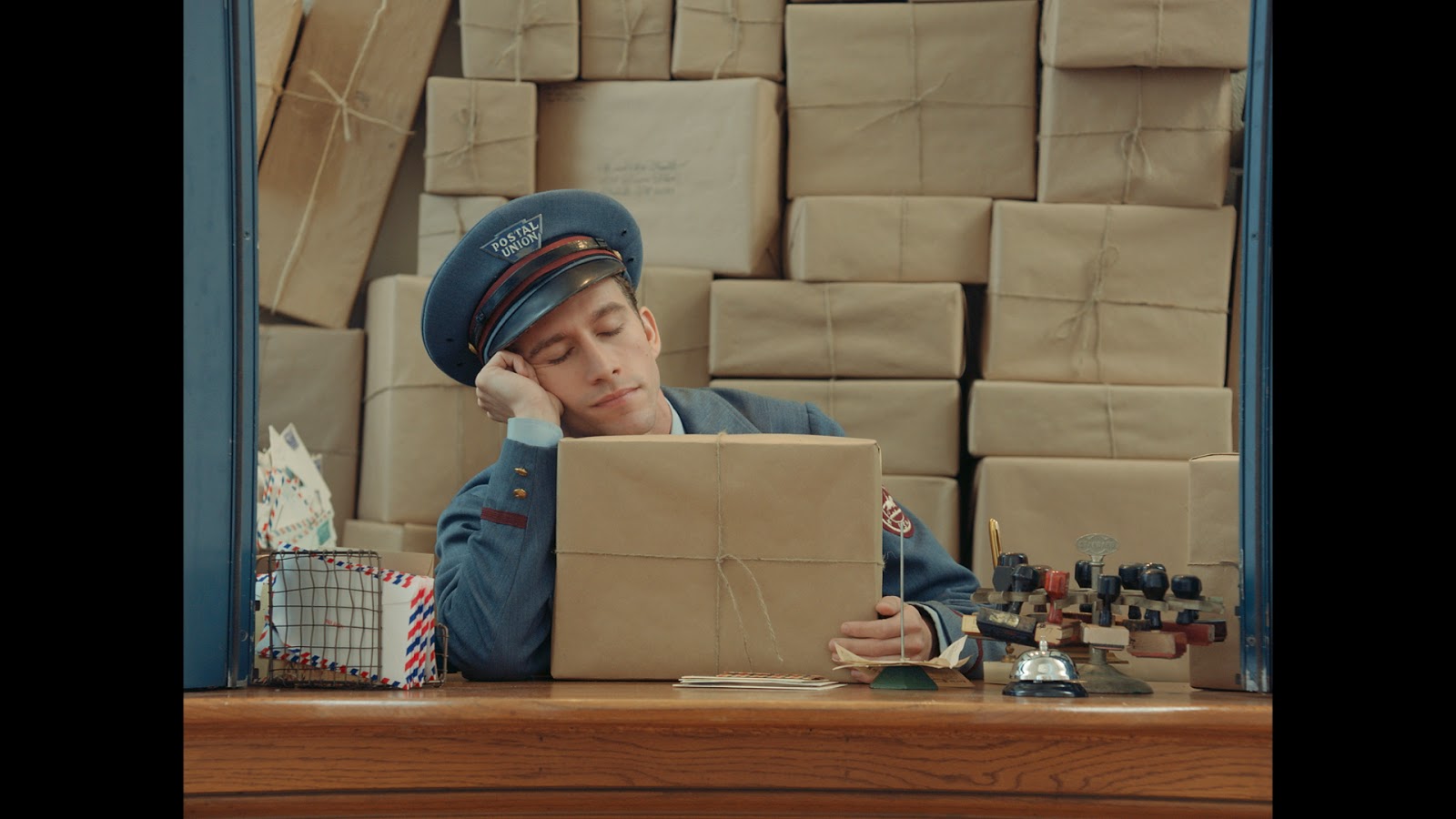 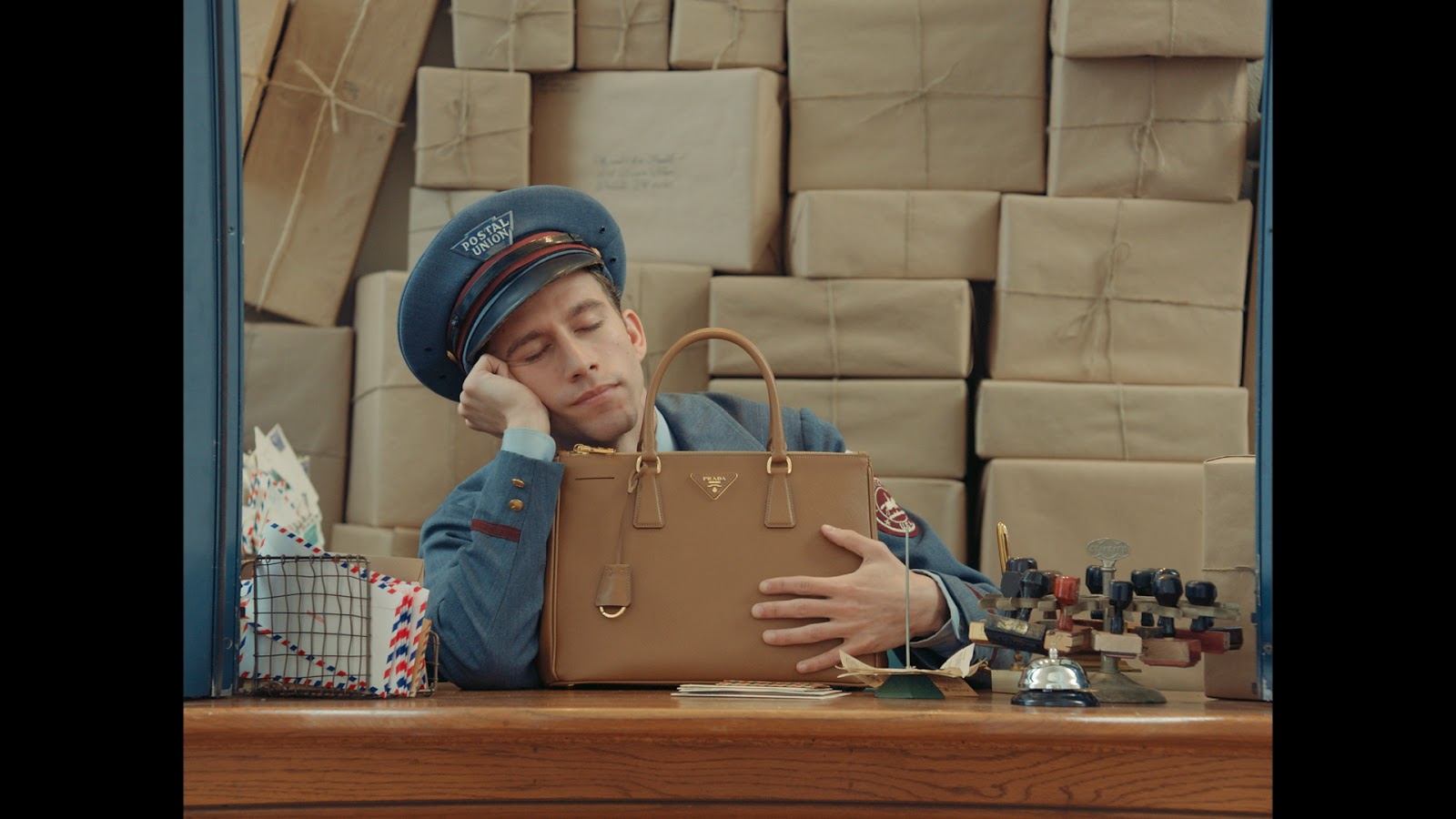 The Postman
It begins with a humble Postman. An ordinary man who slips into
his extraordinary dreams whenever he gets the chance. The
hum-drumfadesawayasheushersaparadeofcolorfulcharacters
and wild places to our doorstep. 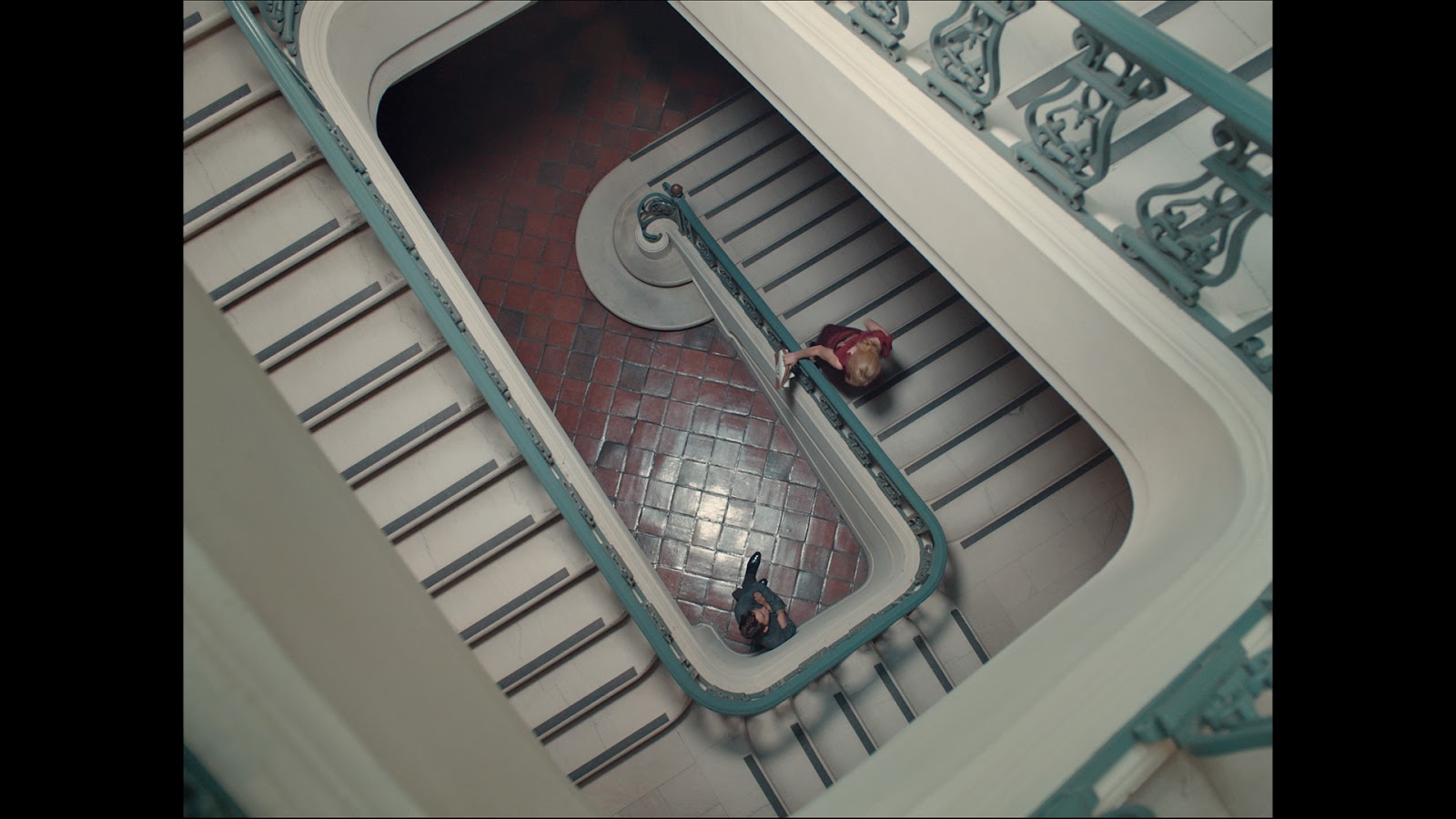 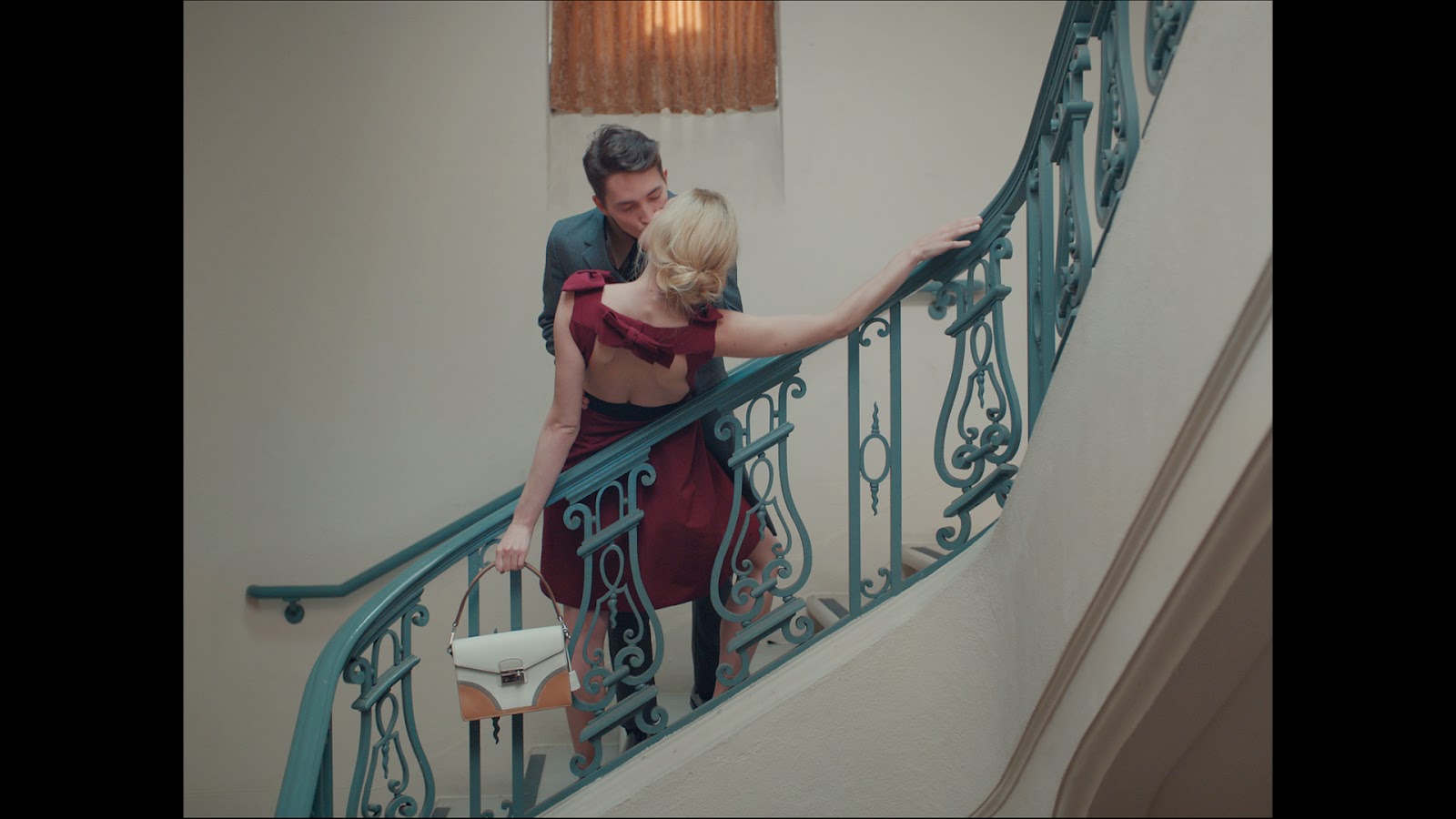 The Makeout
The Prada Sound bag is a metaphor for desire, an interloper in
a coy staircase love-chase where it’s unclear if the object is
our female protagonist, or her supple handbag.

Source:
The Postman Dreams Prada
Posted by Unknown at 8:36 PM